A proposal is an application for funding to a sponsor that includes all information that is necessary to describe the project aims and objectives, staff capabilities, environment and funding requirements. 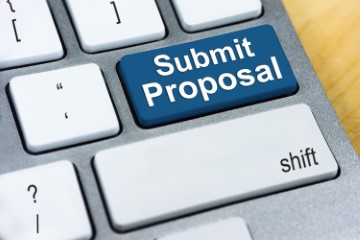 VCU serving in role of PTE with subrecipients

See the subrecipient(s) section of this navigator for guidance on including an external collaborator in your funding proposal.

VCU serving in role of subrecipient

Virginia Commonwealth University (VCU) is an institutional member of the Federal Demonstration Partnership (FDP), an initiative with 10 federal agencies and over 150 institutions working to identify and demonstrate best practices in research administration. In an effort to reduce the administrative burden associated with the proliferation of what have come to be called “subrecipient commitment forms,” VCU has joined the Federal Demonstration Partnership Expanded Clearinghouse (FDP EC) project, effective July 5, 2017.

As a participant in the FDP EC project, VCU has provided extensive institutional information that is posted in our online profile here.

All occasion letter to PTE when VCU is subrecipient

VCU has a PHS-compliant Conflict of Interest Policy. Every VCU PI and those determined to be “COI Investigators” must report financial interests in accordance with the VCU policy.

In most instances the VCU PI must include minimum measurable effort for every sponsored project. Exceptions are noted in the VCU policy.

Deciding whether to create a new funding proposal (FP) or a continuation proposal (CP) in RAMS-SPOT will depend largely on the form the award from the sponsor takes. If a sponsor intends to make a "standalone award" each year, then a new FP will be needed for each year. If a sponsor will be issuing a modification to an existing award agreement, a CP will likely be needed unless all the years of the project were encompassed in the original funding proposal. These two diagrams can help make the correct determination.

1 Government and nonprofit-sponsored proposals, administrative actions and agreements;
Team assignments by school/college can be found here

4 Award review, processing and distribution (all funding sources), subaward agreements and modifications (when VCU is PTE) and non-financial closeout