What is IRB reliance?

IRB reliance is when an IRB agrees to rely on the IRB review and approval of another IRB. For example, the VCU IRB typically relies on the Western IRB for industry-sponsored research and on the NCI CentralIRB for cooperative group oncology studies.

Reliance arrangements may be put in place when:

How is IRB reliance documented?

How do I request a reliance arrangement if I want VCU to serve as the reviewing IRB?

You should submit your study in RAMS-IRB as usual. You will make the request when completing the RAMS-IRB section for non-VCU sites. 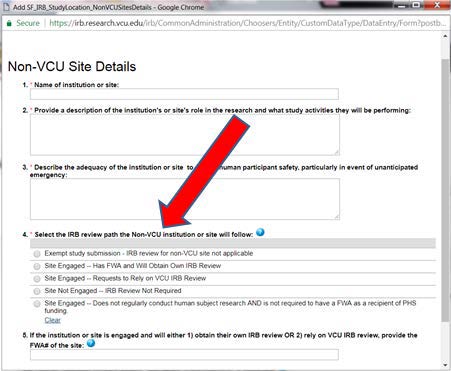 Multicenter study: If the study is a multicenter study where all sites have their own PI and will follow a standardized protocol, your initial submission in RAMS-IRB should not identify any relying sites. The VCU IRB will approve the protocol and template forms, such as informed consent. After the initial submission is approved, you should submit an amendment to add non-VCU sites. The reason for adding sites via amendment after the initial protocol is approved is so that template forms can be approved before relying sites submit these forms with institution-specific information for IRB review. Otherwise, if the VCU IRB requires changes to any of the template forms, each site would need to make changes to the documents they had submitted for review.

What information needs to be provided by a relying site?

How do I request a reliance arrangement if I want VCU to rely on another IRB?

First, you are strongly encouraged to contact IRBReliance@vcu.edu, or schedule a consultation with IRB reliance staff using the “Schedule a consultation” button below, before you proceed with any submission in RAMS-IRB to ensure that VCU is amenable to relying on the other IRB. Taking this step can save you time in the long run.

VCU charges a compliance review fee of $1,600 to conduct this internal review for industry-sponsored studies. There is no charge for this review for non-industry sponsored research.

When preparing the study submission, you should upload the following documents, as applicable:

VCU will correspond with the PI and/or the external IRB to finalize the reliance arrangement and document the agreement.

After my study is approved by an external IRB, what are my responsibilities? 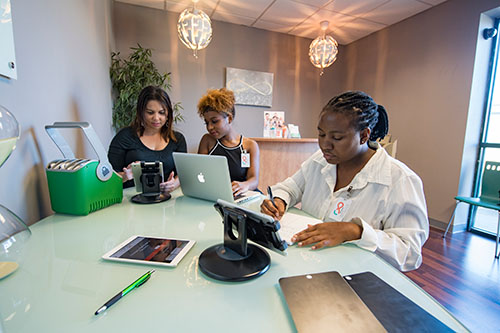 Responsibilities with the external IRB

When your study is approved by an external IRB, you are responsible for following all of the policies of the reviewing IRB. These responsibilities may be outlined in the reliance agreement or the approval letter, but typically will include:

Responsibilities with the VCU IRB

Even though your study is approved by an external IRB, you still have some responsibilities with the VCU IRB. These include:

It is important to verify with the VCU IRB any plans for use of a single IRB before a grant proposal is submitted. If you are preparing a grant proposing that the VCU IRB serve as the reviewing IRB, it is particularly important to contact IRBreliance@vcu.edu at least two weeks before your proposal is due to ensure the VCU IRB is willing to serve. Similarly, if the grant will require that VCU rely on an external IRB, it is important to contact IRBreliance@vcu.edu in plenty of time to receive a response prior to the grant deadline.

IRBs may charge for the review of external site submissions, even on federally funded projects. Thus, it is important to consider potential IRB charges in grant budgets. If VCU is being asked to serve as the reviewing IRB, please be aware of charges that should be accounted for in your grant budget. A cost structure for the VCU IRB will be available soon. When another IRB will serve as the reviewing IRB, it will also be important to determine whether that IRB will change a fee for initial and ongoing reviews for the VCU site and account for these charges in your budget.

IMPORTANT UPDATE: The VCU IRB charges a fee for serving as the reviewing IRB in multisite, collaborative research. Please see the attached announcement for specific guidance on the new sIRB fees.