The primary mission of the HPRC core facility is to advance scientific research at VCU in areas that benefit from large-scale computation. The HPRC supports the One VCU Research Strategic Priorities Plan and the recalibration of Quest 2025: Together We Transform by providing supercomputing clusters, large-scale storage systems, specialized software, and technical expertise in research computing. The HPRC supports research computing in mathematics and computational sciences, physical and chemical sciences, engineering, life sciences, medicine, and arts and humanities. Alberto Cano, Ph.D., associate professor of computer science with the VCU College of Engineering, is the facility’s faculty director and Mike Davis is the technical director.

The HPRC operates and maintains four main clusters: Huff, Teal, Godel, and Fenn, which provide service for different types of small/large, serial/parallel, CPU/GPU applications. The Fenn cluster is the only computing cluster certified at VCU to operate with CAT I data. 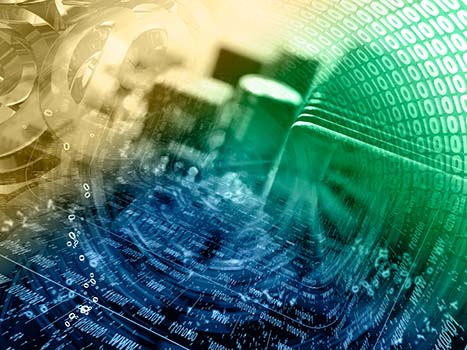 Many of the core laboratories at VCU are supported, in part, by program grants from sponsoring institutes at the National Institutes of Health, the National Science Foundation, and Virginia state funding. It is essential that core laboratory usage be appropriately cited in publications. This courtesy will help ensure ongoing support and continuity of such services to the VCU community. Please include the following in the acknowledgments:

Include the following text in the Facilities and Resources section of grant applications when proposing to conduct work that utilizes the HPRC facility:

The VCU High Performance Research Computing (HPRC) core facility occupies approximately 2,000 square feet of space, predominantly on the third floor of Harris Hall on the Monroe Park campus. The mission of the HPRC is to provide high performance computing services for the VCU research community. To accomplish this goal, the HPRC maintains four major supercomputing clusters, each specialized for different computing environments: